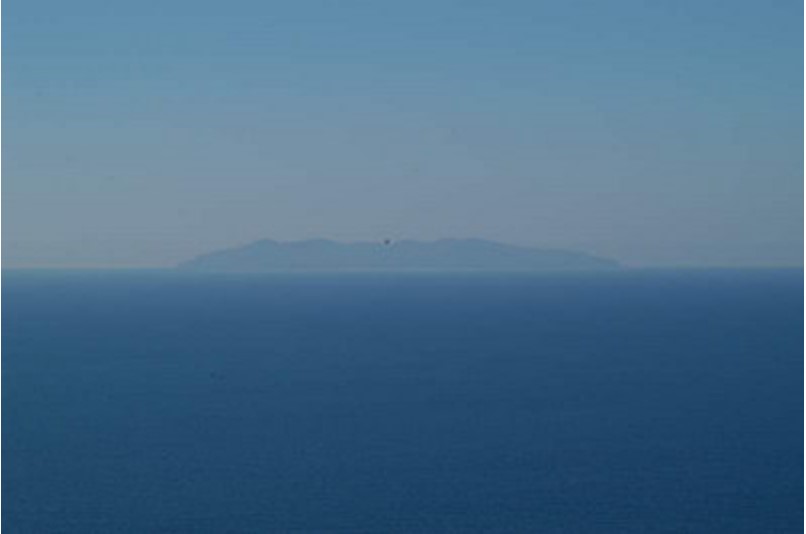 Capraia is one of the seven sisters of the From Tuscany Archipelago, third like dimensions after Elba and Giglio. Long E' approximately 8 Km. from Tip of the Teglia to Tip of the wide Zenobito and 4 km. from the Peraiola island to Mount Bell tower. Surface nearly 20 has one Kmq and one 30 coastal development of Km. E' a island of vulcanica origin, frastagliatissima and flood of insenature and coves. To the West it introduces of the mountains, whose peak is 445 m. the beacon is to Ferraione Tip. Twenty many forts are not rare during the winter, the libeccio in particular it is annoying since it is threaded between hills and it arrives violent in port. The north-west wind is normal in summer. To Mortola Cove there is the only beach of the island. To East they are practicable Cove of the Zurletto, little under Tip of the Ferraione, and Cove Stock, under Tip of the Civitata, until arriving to the scenica Red Cove, nearly to Tip of the Zenobito. To the West there are two calette good for the mooring between the Scoglio of the Peraiola and Punta of the Manza. THE HISTORY Famous to etruschi, Greeks and Roman (in the 67 a.C. Pompeo made public square clean of broods of pirati that it was hidden to you), in IV the Capraia century divenne goal of monaci anchorets and was placed under the jurisdiction of the bishopric of Luni. In the 962 Brass the granted ones to Pisa; more times laid a trap and conquered from the Saraceni, divenne genovese dominion in 1283. After alternate vicissitudes, in 1407 it entered to make part of the state fiorentino, but at the beginning of XVI the century it returned newly in genovese hand, before belonging to the family de' Seas, against which the isolani were rebelled, therefore to the Bench of Saint George and infìne, in 1562, directly to the republic of Genoa. This, but short intervals, governed it until the English occupation of 1814. The treaty of Vienna of 1815 assigned (with all the Liguria to it, of which it had shared the fate also in the period of the French domination) to the reign of Sardinia. In the 1872 part of its territory penal agricultural colony was destined to one, existing anchor today. Given the full of rocks nature and scoscesa of the land, the island has always had an economy much poor one, based on the peach and one limited agricultural production, consisting in one insufficient production of granaglie and one discreet wine production. Today the weight of these traditional occupations is of all the negligible one and, in absence of industrial activities, the field on which the entire local economy is based (absorbing nearly the three quarters of the active population) is the terziario, supported from the summery tourism. The island of Capraia is characterized still today for its wild and incontaminato aspect: the innumerevoli possibilities of trekking naturalistic aim to pick, in its various aspects, integrity and the pregio it acclimatizes them of this island. The routes, characterize to you from the scents and from the colors of the various botanical essences, snodano along ancient muleteer with frequent it shows oneself along the coasts, here mostly high and full of rocks, adorned from small coves and arches natural, and alternated to raggiungibili small calette in boat, only offering numerous cues for the observation of the particular ecosystems. The presence of a sweet water small lake, important point plugs for the migratory birds, gives the possibility to practice activity of birdwatching.