Thanks to Mario Recorded of the Rocchetta, put into effect it them owner of the estate of S. Guido, 513 hectares in the zone of Castagneto Carducci are today oasis protect from the WWF. All it had beginning in the 1959 when Recorded Mario decided to transform 435 hectares of pastures, cultivated lands and 60 hectares of swamp, in protected area. In ' the 66 Oasis of Burano and that one of divennero Bolgheri the first protected oases of the WWF in Italy, in fact Mario Recorded with to Fulco Pratesi in the same year founded the Italian WWF. The park is found between the coastal shoreline and the tirrenica railroad, its aspect is still that original typical one of the Fen, constituted from siepi tree-lined, prati and forests it floods during the winter and ponds to you. The coastal forest divides the ponds from the wild ones spiagge where still the Giglio of sea and the Rucchetta of sands can grow firi like. The oasis can boast of the riconscimento "Ramsar zone", a humid zone much perfect one for the aquatic birds is in winter that for the primaverili migrations, in fact in the winter season is present the famous real Germaniums, the Fischione, the Codone and in great quntità the Lap-wing, beyond 1800 individuals. During the spring the trampolieri birds like the real Pittima arrive, the Gossipy and the Airone. Between the migratory birds we remember the typical marine Ghiandaia of these zones and the Rondine. In driven in of the flooded forest the some birds as red Picchio and the Rampichino construct their nest. Beyond to an immense species of birds the park it offers shelter also to many mammals between which we find the Wild boar, the Fallow deer, the Capriolo and the Istrice; between the mammals to signal it is the swampy Turtle. The park is opened to public from the 1 October to 31 May saturday and Sunday and obligatorily on reservation, the visit to the oasis is of 5 euro.

Articles related to I parchi naturali

The Archaeological Park of Baratti and Populonia 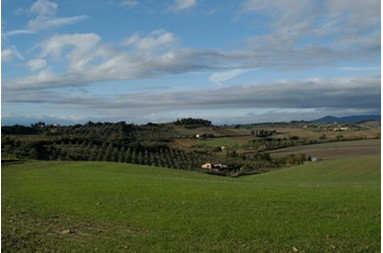 PARK OF THE MAGONA